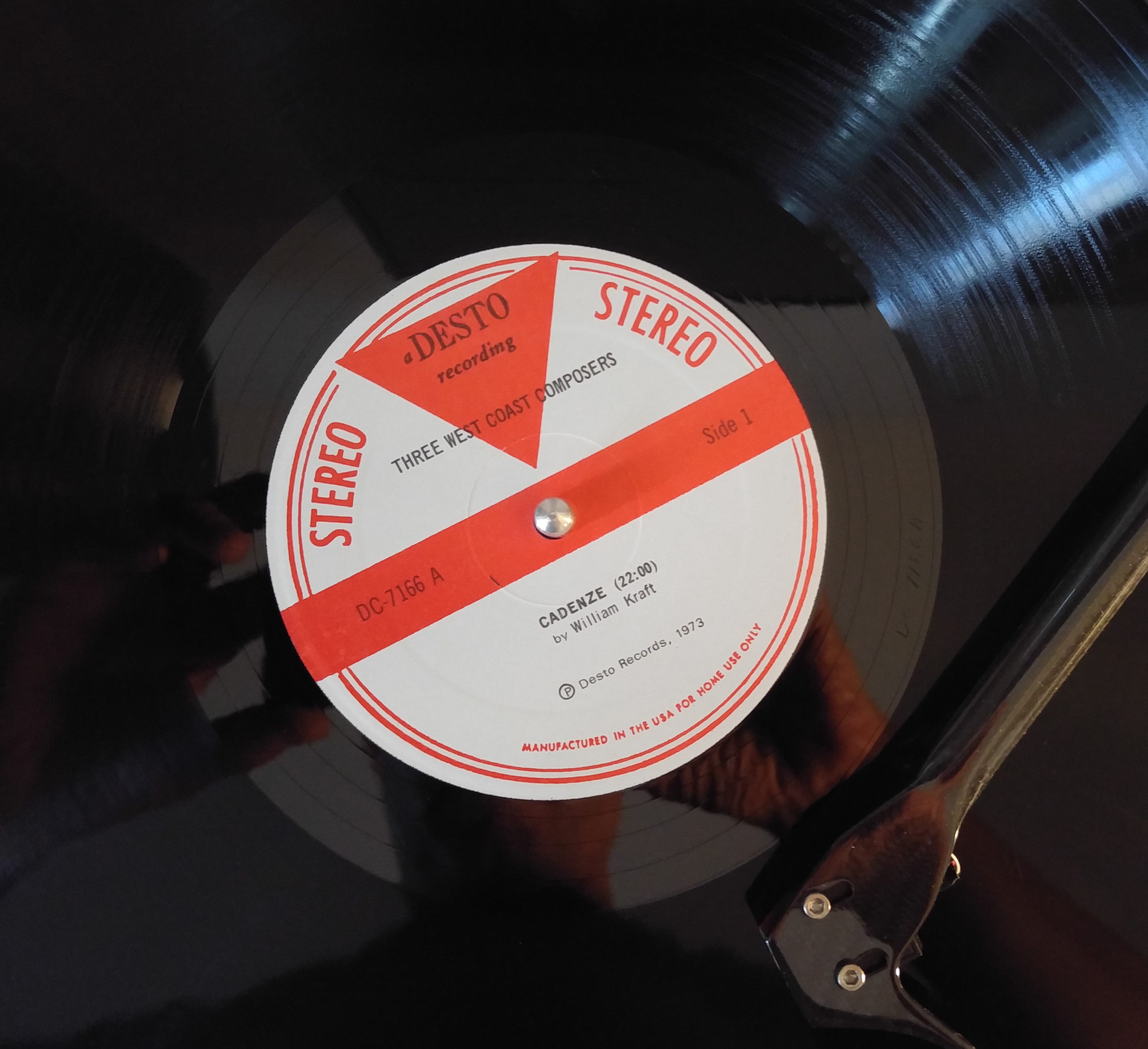 I had just paid for an armful of LPs at Iris Records, my local vinyl emporium in Jersey City’s Village. I was turning to leave when Steve, sitting behind the stacks of records crowding around the cash, stopped me. He pulled a record from the pile “This just came in,” he said with that slightly fiendish grin he gets when he knows he’ll hook me into buying another record. I’m sure I’m not the only customer who regularly flips through Iris’s avant-garde bin, but I’m probably the most consistent. It is my work, and my passion, and Steve knows to keep an eye out for me.

One of the challenges of listening to avant-garde music is finding avant-garde music to listen to. Most major cities have some kind of contemporary and experimental music scene. You can usually find something going on in a gallery, at a local conservatory (like the Juilliard School here in New York), in a particularly adventurous performance venue (like Le Poisson Rouge, also in New York), or as part of a contemporary music festival (there are still a few of those). There’s always radio and, with the Internet and smartphones, you can listen to WQXR’s Q2 stream pretty much anywhere. The challenge is listening to recorded avant-garde music on your own time.

The selection at Amazon.com and iTunes is mostly limited to what CDs are currently, or recently, in print, or have been digitized for download. The problem is that so much of the avant-garde music of the 1960s and 1970s has never made it onto CD, let alone MP3. If you want to hear it, you pretty much have to hear it on vinyl. As a result, I tend to spend a fair bit of time at places like Iris, and Academy Records on 18th Street in Manhattan, digging for the treasures of the avant-garde back catalogue.

The record that Steve dug up for me is Three West Coast Composers (Desto DC-7166) a 1973 Desto Records release featuring music by William Kraft, Charles Boone, and Karl Kohn. Desto Records thrived in the late-60s and early-70s, and focused mostly on new music by contemporary American composers, with a smattering from the baroque repertoire. Like so many independent labels of the period, it went defunct, along with a whole lot of other contemporary art-music labels, in the great mass extinction of the early-1980s.

Side one features Cadenze by Kraft, a long-time percussionist with the Los Angeles Philharmonic. Surprisingly, it isn’t percussion work at all, but a chamber piece for wind quintet, augmented with violin and viola. Cadenze has some very pleasant moments, and Kraft is at his very best orchestrating the rich harmonic textures of the wind quintet and the strings. There are some moving moments of ensemble music, reminiscent of Anton Webern, and even Leonard Rosenman’s planetarium music from Rebel Without a Cause (as featured in Episode 3). It would have been a fine work had he left it like that but, probably bowing to the trend in indeterminate music at the time, Kraft included some improvisational sections — the candenzas – that sap the work of its intensity. It’s almost like Kraft was standing there with his baton saying, “okay… now the bassoon’s going to have a go… take it away, bassoon!” On the whole, it’s not an unsatisfying work, and it would be great to hear it performed in concert, but I wonder if it would have been more successful has Kraft left well-enough alone.

Side two is more satisfying. It opens with Kohn’s Serenade, featuring the same ensemble, but with the composer at the piano. It is compact, direct, and to the point. This is much more of a harmonic exercise, with the flute and oboe mostly providing chromatic sostenuto textures over a bubbly clarinet and pulsing horn. Kohn’s playing is quite good, offsetting the more fluid motions of the wind instruments with a percussive piano.

A Cool Glow of Radiation by Charles Boone closes out the side. Boone is an alumnus of the San Francisco Tape Music Center, along with people like Morton Subotnick, Steve Reich, Terry Riley, and Pauline Oliveros, and continues to be active in the West Coast music scene.  This is a work for solo flute – played beautifully by Barbara Bernhard – and synthesized sounds on magnetic tape. As a work for flute and tape, A Cool Glow is superficially reminiscent of Otto Luening’s pioneering tape music of the 1950s (featured in Episode 4). However, while Luening’s work was electro-acoustic, manipulating the sound of the flute in performance, this is more of a duet. There’s always the danger that this kind of composition might degenerate into “flute with cool sound effects,” but Boone manages to create something quite sophisticated, and even sometimes transcendent, by placing emphasis on the flute, and using the electronic sounds sparingly, and a kind of percussive commentary.

As for the cover… Well, I can’t decide whether the art is meant to be stylized headphones, or an inverted cookie-monster-happy-face. I suspect I’ll never know.